Our team are proud to be involved in the development of the Wilson Street and Burren Street cycleway in Sydney’s Inner South. Woolacotts were engaged by Spackman Mossop Michaels to consult on the Civil Engineering components of this project.

The cycleway, which began in 2015, sits within the Cycling Strategy and Action Plan adopted by the City in 2007. This action plan has since been incorporated in full into the City’s long-term strategic plan Sustainable Sydney 2030, which aims to transform Sydney into a green, global and connected city by 2030.

Infrastructure for the Future

As Sydney’s public transport and major roads near full capacity, investing in community infrastructure and public transport options is imperative to building a sustainable future. The addition of planned cycleways to our inner city suburbs will assist our city in realising this vision. Cycleways alleviate pressure on public transport during peak times and offer a plethora of benefits to community health and connectivity.

The Wilson Street and Burren Street cycleway provides important links in two regional cycle routes; Newtown to Bondi Junction Regional Cycle Route and Sydney University to University of NSW Regional Cycle Route. The cycleway is a separated cycleway in both directions and provides a safe route for bike riders travelling east west from Newtown and Redfern on Wilson Street. It also improves connections with existing cycleways in the network. 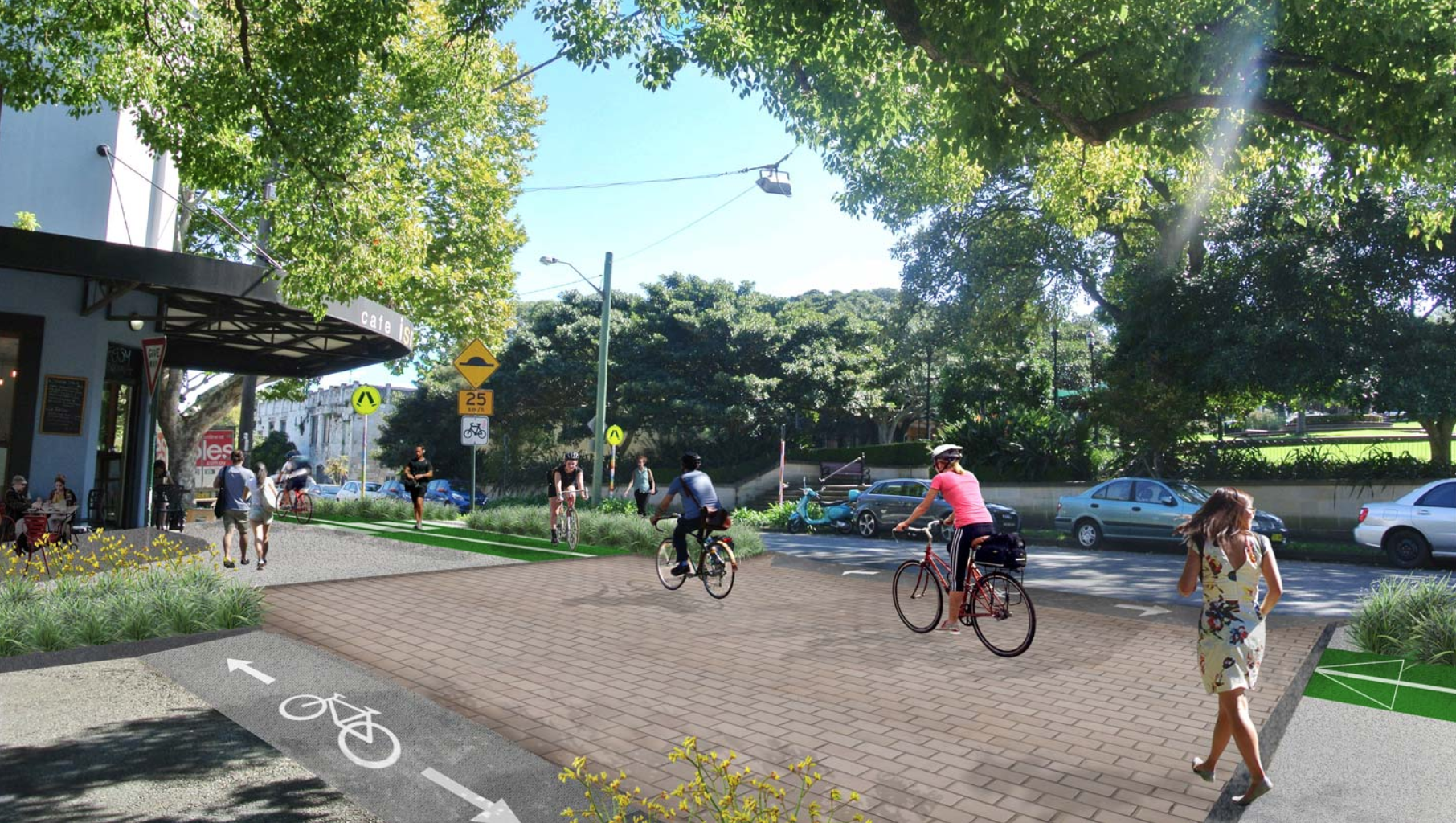 Woolacotts involvement commenced with the concept design and feasibility for the proposed two-step separated cycleway. As the area was flagged as flood prone, our team analysed the potential impacts of the cycleway to flood levels and provided improvements. Our consultation continued through to the detailed design stage and we documented all civil engineering elements, as well as the construction stage services.

A Tuflow model was undertaken to demonstrate that post-developed flooding matched the pre-developed conditions. This was presented on council’s Aerial map to clearly depict flooding results as an image.” 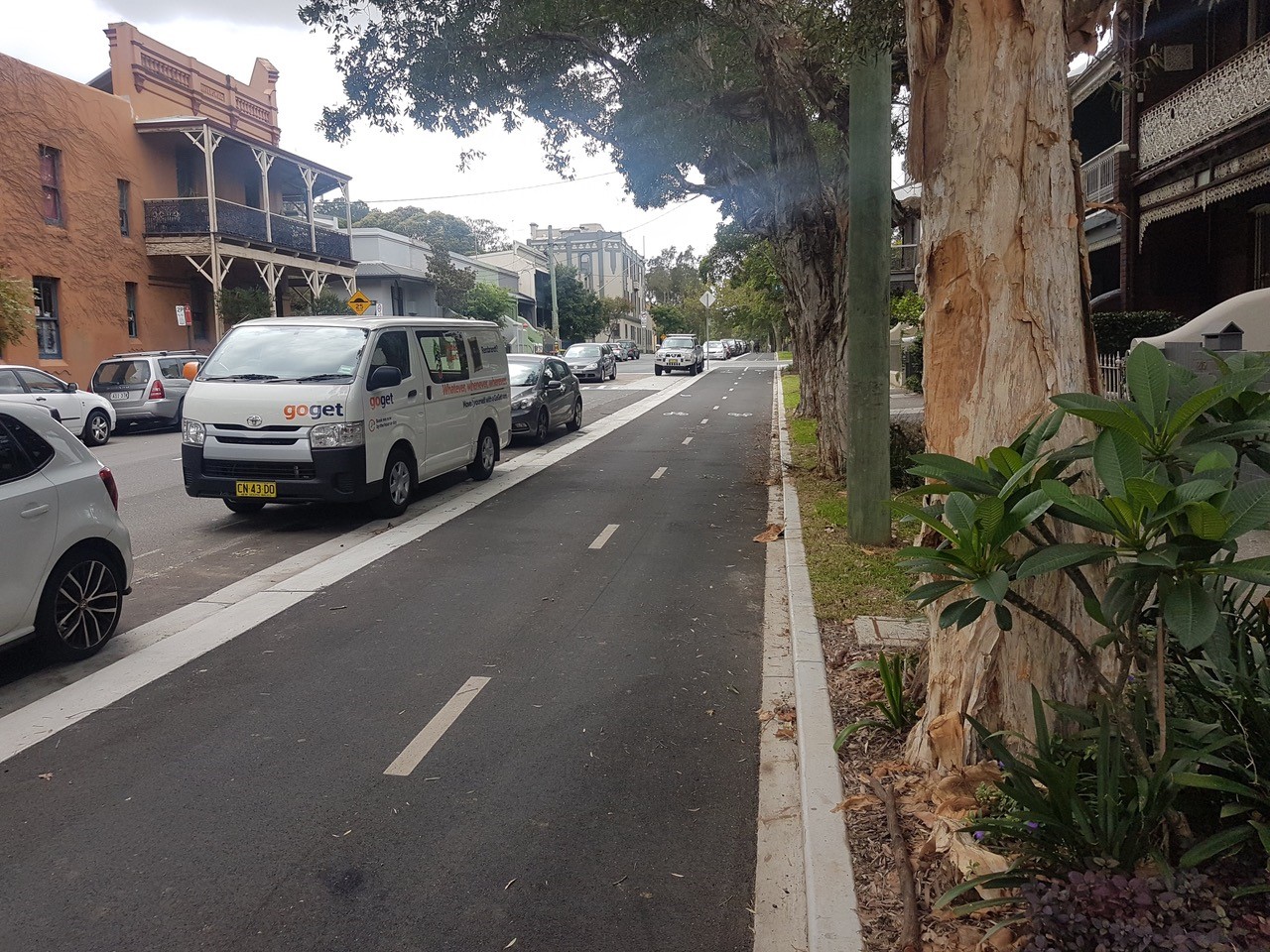 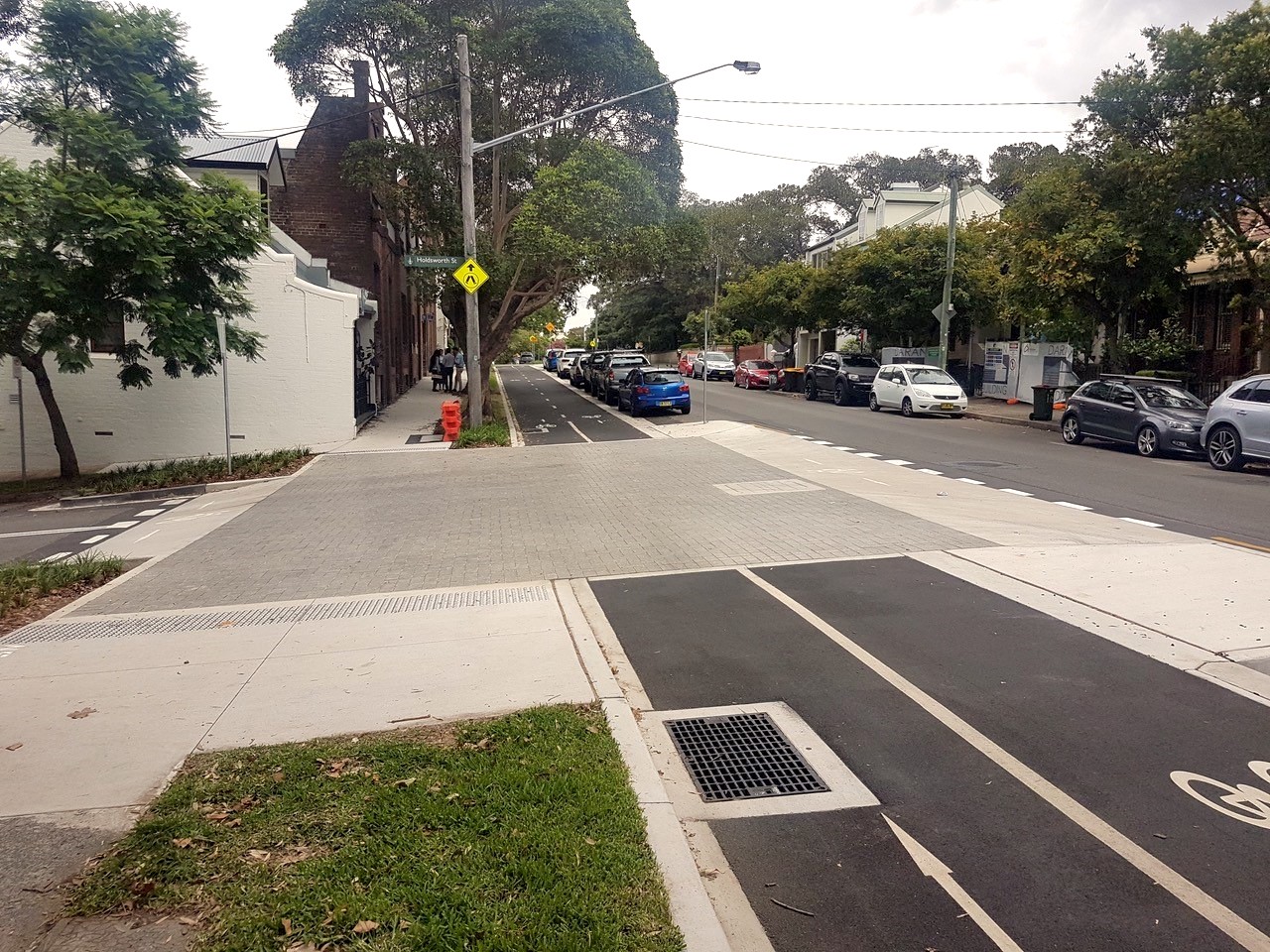 The Wilson Street and Burren Street cycleway, due to be completed this month, will improve connectivity in the inner west region. The cycleway will also assist in alleviating congestion on Sydney’s urban transport network, bringing the City of Sydney closer to achieving it’s 2030 Sustainable Sydney goals.